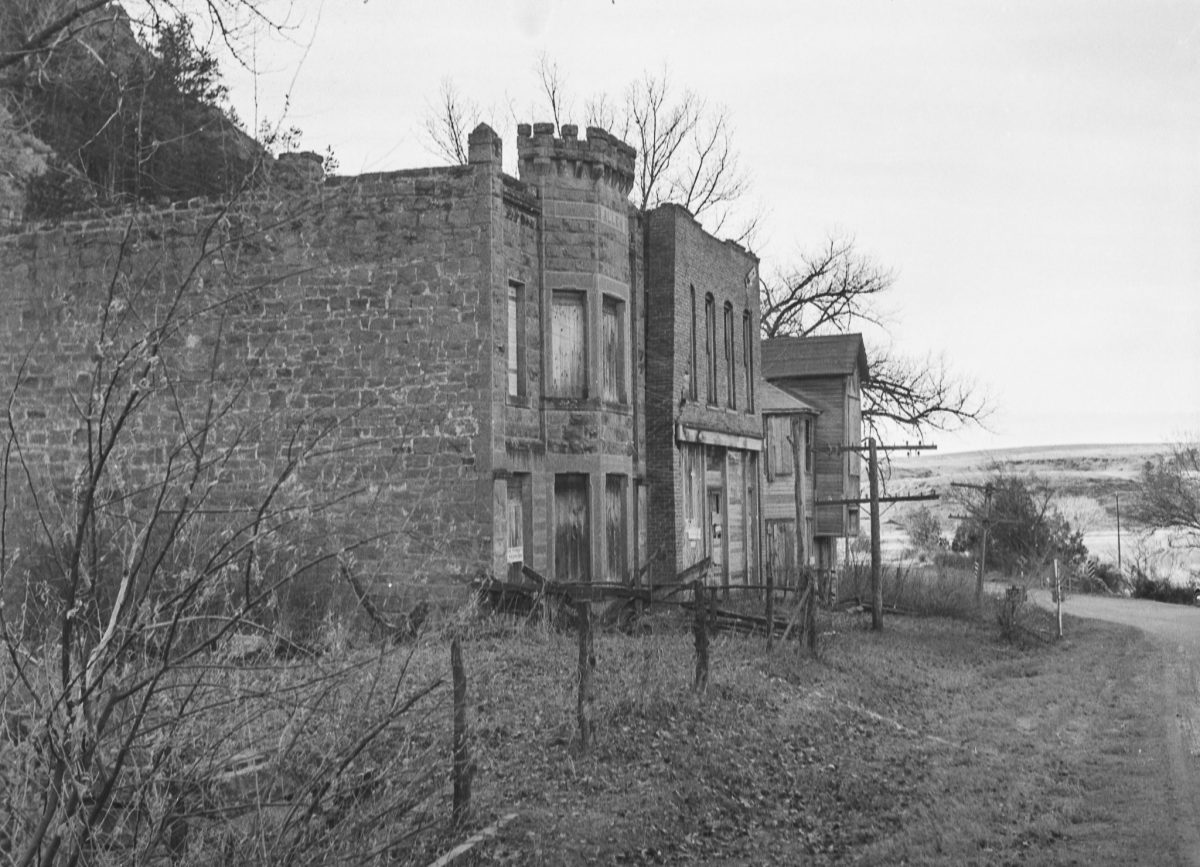 One of the more picturesque ghost towns in the southern Black Hills, Cascade was south of Hot Springs a few miles. According to Watson, the town was founded in 1888 to take advantage of the warm mineral springs in the area. An ornate, four-story hundred-room hotel was built, and 36 city backs laid out and partially developed. By 1900, it had only a post office and 25 people, distributed over 16 houses.

In the 1950’s the W. Allen Bank building, the Fargo Store, and the Cascade Club still stood on the south side of Highway 87. The bank building is now occupied, having been restored some years ago, but the Cascade Club, with its bowling alley behind, has long since disappeared.

These images are from Dr. Parker’s archives, shot on negative 620 film, during several visits to the town in the fifties and sixties.